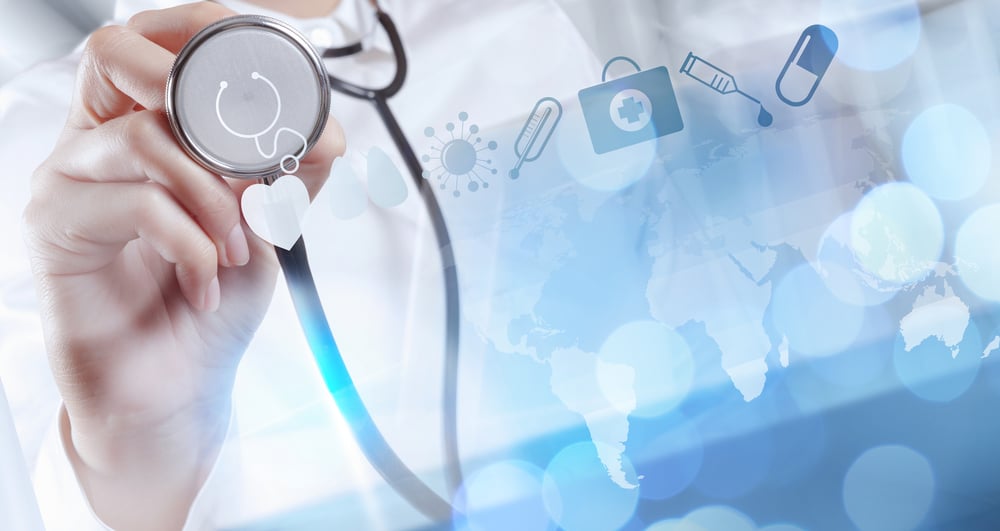 Microbes Make Us Who We Are

Bacteria live happily in several parts of your body: they work hard to promote tissue repair in your lungs, balance the pH of your skin, and help fight infection in your mouth. Some of us have more bacteria in our bodies than human cells!

Bacteria live in our bodies with other microbes, or microorganisms, like fungi. These microbes come together to make up each human's microbiome. But when these microbes stop doing their jobs, our microbiomes begin to malfunction. Pathogens can invade our system and infect us, or the bacteria that were originally helping us can begin to overpopulate, creating an imbalance and dominating the microbiome.

That's where antimicrobials, most commonly antibiotics, come into play. Although antibiotics can be life-saving for some, they can have severe side effects for others - starting with the growth of antibiotic-resistant bacteria. Almost 3 million antibiotic-resistance infections occur annually in the US alone.

In this post, we'll explain everything you need to know about antibiotic resistance, and provide 5 suggestions to combat it.

What is Antibiotic Resistance, and How Does it Happen?

Antibiotics work to target bacteria that cause infections. In normal circumstances, pathogenic bacteria are killed by antibiotics with no problem. But many bacteria learn to fight back. These resistant bacteria genetically mutate so they no longer respond to the drug, proliferating and transmitting this genetic resistance to other bacteria.

Even though antibiotics are meant to attack specific bacteria, sometimes they aren't targeted enough. Antibiotics can wipe out the good bacteria in our bodies. This leaves the resistant bacteria to continue to multiply without any protective mechanisms to hold them back.

Antibiotic-resistant bacteria can attach to a surface and form strong bonds with one another creating an impenetrable biofilm. Bacterial biofilms are a predominant issue in environmental science, agriculture, and healthcare. These biofilms can be up to 1,000 times more antibiotic-resistant than free-floating (planktonic) bacteria. Well known bacterial biofilms include dental plaques, or oral biofilms, and methicillin-resistant staphylococcus aureus, or MRSA.

The figure above shows S. mutans, a bacteria commonly found in oral biofilms. The bacteria was grown on a BioFlux microfluidic plate, treated with pleurocidin (antimicrobial agent), and stained (green = live cells, red = dead cells). Bacteria on the outside of the biofilm was killed by the antimicrobial agent, whereas the bacteria closer to the inside of the biofilm was protected (Tao et al., 2011).

Now that we know what antibiotic resistance is and how it occurs, how can we fight it?

This tip is usually the easiest and most self-explanatory. Keeping your hands clean prevents transmission of antibiotic-resistant bacteria and any other pathogens, making sure that you and everyone around you stays safe. The CDC recommends to wash your hands with soap and water for at least 20 seconds. If you don't have access to soap and water, using hand sanitizer with an alcohol content of at least 60% is the next best thing.

2. Use Antibiotics When Appropriate

As discussed earlier, antibiotics are needed for severe bacterial infections, and have saved many lives over the years. But the over-prescription and misuse of antibiotics has deeply contributed to the antibiotic resistance crisis. Only use antibiotics when they are necessary, and talk to your healthcare provider about what's right for you.

Vaccines act as a preventive mechanism to stop the spread of antibiotic-resistant bacteria. While many bacteria can be antibiotic-resistant, scientists have yet to find any that are vaccine-resistant. The WHO estimates that if every child across the globe received the Streptococcus pneumoniae bacteria vaccine, approximately 11 million days of antibiotic use would be prevented each year. Not to mention, people can mistakenly take antibiotics when they have a fever caused by a virus. So vaccines that target viruses, like the flu, are also important to consider.

Food-borne infections are another way to get exposed to antibiotic-resistant bacteria. The CDC has four easy steps for safe food prep: Clean, Separate, Cook, and Chill.

Clean: Wash your hands, produce, and kitchen tools.
Separate: Avoid cross-contamination of produce and any raw meat.
Cook: Use a food thermometer to cook your meat to the correct temperature.
Chill: Freeze and refrigerate your food properly. Refrigerate perishables within 2 hours, keep your refrigerator at 40°F or below, and thaw food from the freezer correctly (in the fridge, in cold water, or in the microwave - but not on the counter).

Last but not least - scientific researchers are working hard to combat the antibiotic resistance crisis, so it's important to stay informed on the latest antimicrobial screening research. Scientists in the Microbial Biofilm Laboratory at the Santa Lucia Foundation study catheter-associated urinary tract infections (CAUTIs) caused by E. coli. The bacteria adhere to the indwelling urinary catheter, and form biofilms that can resist antibiotic therapy. These CAUTIs further contribute to the many medical device infections caused by antimicrobial-resistant biofilms in healthcare.

They have found that creating a physiologically-relevant environment outside the body is an effective way to begin evaluating novel antimicrobial treatments for these antibiotic-resistant bacteria. This is done through Fluxion's BioFlux system, where catheter conditions are simulated with silicone-based channels that allow for control of flow and experimental materials. With BioFlux, they've been successful in determining which antimicrobials show the most promise.

Learn More about This Antimicrobial Screening Research in a Webinar (Presented by a Leading Scientist at the Santa Lucia Foundation): 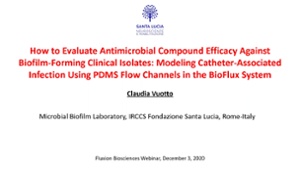 Prior to their extinction, Neanderthals did not live completely in isolation. They may have...
Read More