Prior to their extinction, Neanderthals did not live completely in isolation. They may have interacted with enough ancestors of present-day humans to leave a few surviving traits.

It is now believed that 2% of the modern Eurasian human genetic code is attributed to Neanderthal origins. One of these variations is related to heightened pain sensitivity. More specifically, a variation in the expression of a key protein within the pain pathway: an ion channel known as Nav1.7.

Ion Channels: What Are They?

Prevalent in the membranes of all cells, ion channels are proteins designed to conduct ions in and out of the cells. They are critical to many vital body functions, including muscle contractions, heart rhythm, and brain activity.

There are many different types of membrane ion channels, such as sodium, potassium and chloride. Many conditions or agonists can activate them, including changes in voltage across the cell membrane. Recently, ion channels have been targeted in treatment and vaccine research for SARS-CoV-2, the virus responsible for COVID-19.

One of the major ion channels in the pain pathway is Nav1.7 (Na for sodium and v for voltage-sensitive). Encoded by the gene SCN9A, this channel is prevalent in nociceptive pain neurons. It is a voltage-gated ion channel that selectively conducts sodium into the cells, exciting the neurons and transmitting the sensation. Local analgesics usually act on this channel, dulling the sensation of pain.

Congenital insensitivity to pain with anhidrosis (CIPA), where a patient cannot feel any pain even if injured, has been attributed to lack of function of this channel. CIPA is a condition that gravely affects the quality of life - and even the life expectancy - of those affected.

On the other hand, hyperactivity of this channel has also been attributed to an increased sensation of pain. Primary erythromelalgia, a genetic disease where patients suffer increased pain in the extremities, is attributed to excessive activity of Nav1.7.

Recent research at the Max Planck institute investigated electrophysiological measurements from Nav1.7 encoded with and without the mutations. They observed a shift in the voltage-to-current relationship of the Neanderthal version of the channel.

This means that the channel will be more readily available to conduct sodium ions in people with these mutations, leading to heightened neuronal triggering and a hyperactive pain pathway. These observations also concluded that all three variations need to co-exist to have this effect.

With the availability of genomic information, the Max Planck Institute researchers extended the study to look at DNA sequences from a large number of UK nationals.

Although they found a great number of people with the variations, only the ones with all three variations present reported heightened sensitivity to pain.

Although it is rare to have all three variations, it was concluded that around 0.4% of Britons may carry all three and hence have increased pain sensitivity.

The pain pathway is quite complex, and trying to attribute it to the activity of one channel may be too simplistic.

It is not understood if Neanderthals felt more pain than modern day humans. However, according to the report above they may have had a more acute sensation to stimuli, which may have served them well in their environment. 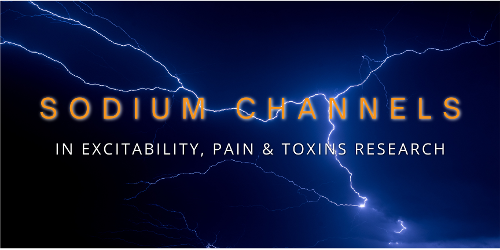